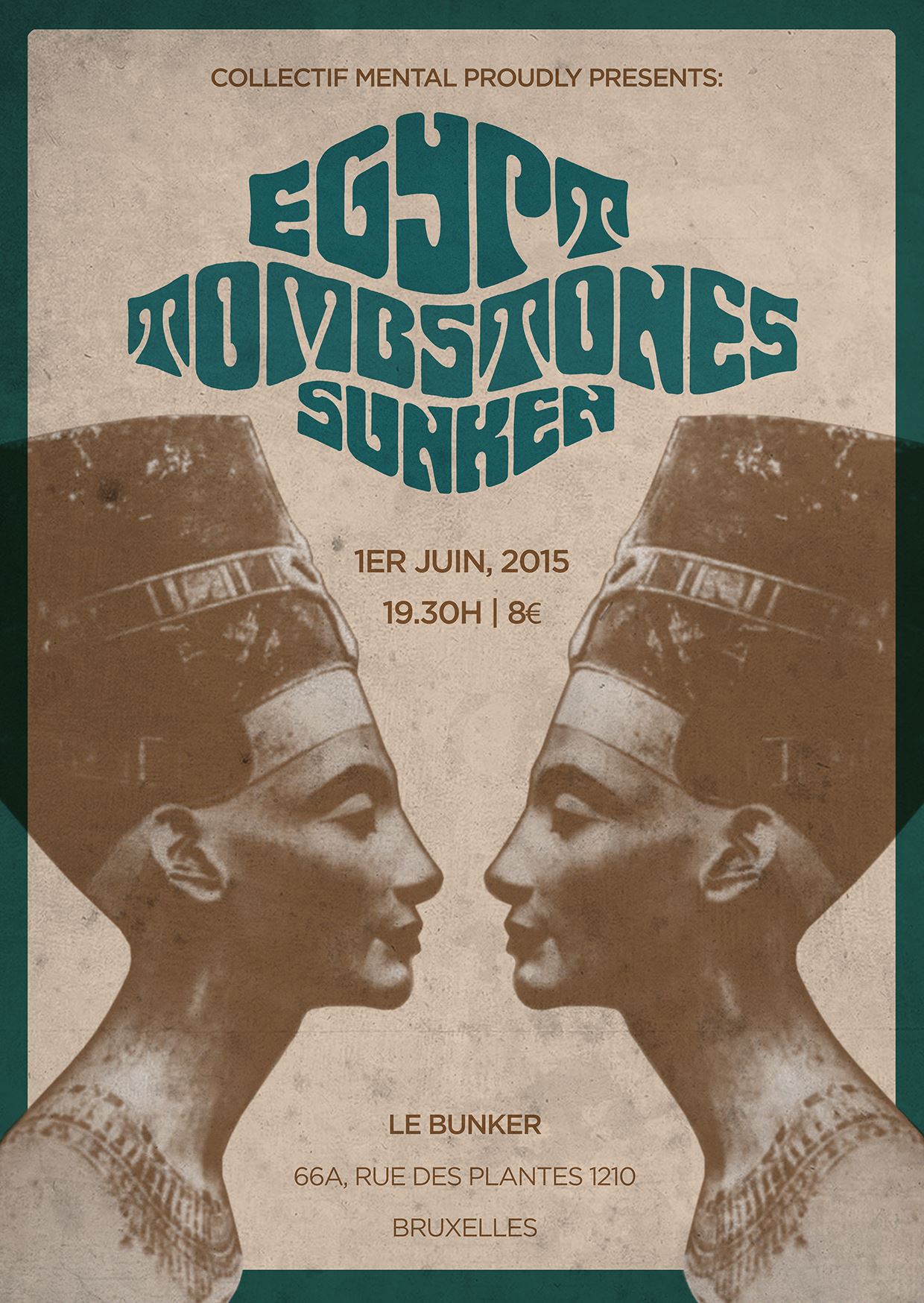 Back in 2005, an unknown heavy rock trio from Fargo, North Dakota, released a self-titled demo on a CD-R, and it turned out to be a record that just wouldn’t go away. Egypt’s Egypt smoldered for the next several years on the basis of underground word-of-mouth, to the point that Lyderhorn Records put it out on vinyl in 2007 and cult stoner imprint MeteorCity picked it up for a CD release in 2009. By then, it had outlasted the band – bassist/vocalist Aaron Esterby, guitarist Ryan Grahn and drummer Chad Heille – who called it quits in 2006.

They reunited for a one-off hometown gig in May 2010, and it wasn’t long after that rumors started circulating of new material in the works. Grahn would leave the band before Become the Sun was finished and be replaced by Neal Stein (who also recorded the album), but when they were done, ten years and one breakup later, Egypt finally had a proper full-length debut. Become the Sun was released early in 2013 on Doomentia Records vinyl and Totem Cat Records CD and widely lauded by media and fans, selling out initial pressings of both formats.

Later 2013 brought the Cyclopean Riffs split 12” with Texas riffers Wo Fat on Totem Cat, and in 2014, Doomentia repressed Become the Sun on vinyl. The self-titled also got yet another reissue, this time on vinyl through Doomentia, in time for Egypt to embark on a Midwest tour with a slot at Wisconsin’s Days of the Doomed fest at its center. More than a decade after starting out, Egypt were more active and more widely known than they’d ever been, having racked up shows alongside the likes of Dead Meadow, Jucifer, Today is the Day, Acid Mothers Temple, Weedeater, Church of Misery, and Orange Goblin.

There’s nothing happenstance about it, and in an age where word can travel faster than it ever has, Egypt have slow-burned their way to the fore of the American stoner rock underground. In 2015, they’ll look to expand beyond those borders with their first European tour in support of a new album, set to release this winter. Where they go beyond that is up in the air, but for a band who regrouped by popular demand and have only gathered momentum since, Egypt are just beginning to shape their empire.

Tombstones has been brewing on dirtier filth this time, and their new, third, studio album; “Red Skies and Dead Eyes” will tear holes in your ears and speakers.
Norwegian doom has never been played with more confidence and style, and the riffs and grooves penetrate your soul like a demon from ancient caves.

“Red Skies and Dead Eyes” gives you 44 minutes of dark doom, and will leave you on your knees, crushed by a thundering roar arisen from the bleak woods of Norway.

During live recording-sessions in May 2013, the Norwegian doomsters paired up with the best from their past, and both Petter Svee from “Year of the Burial” and the US-legend Billy Anderson from “Volume II” were turning the knobs.
To state the obvious, the sound on this slab of doom is earth-shattering. Expect nothing but an ultimate slab of total dynamic doom!

« Red skies and dead eyes » will be out October 4th on lp,cd and digital!