With ‘Low Fired Clay Escape’ on the Carnivals imprint, the duo of Pascal Nichols and Kelly Jones made a great new record as Part Wild Horses Mane on Both Sides. Their free improvisations with percussion and flute capture both the psychedelic trance of the contemporary free folk as well as the out-there spiritual sixties jams.

Mitt Land och Leo is another duo consisting of Antwerpian artists, Joke Leonare and Milan Warmoeskerken. They gained quick underground succes thanks to some lauded live performances in their hometown and their debut 7” on the Ultra Eczema imprint. Mitt Land och Leo bring psychedelic organpop and atonal synth weirdness as sensualizing cherries on top of a minimal beat cake. 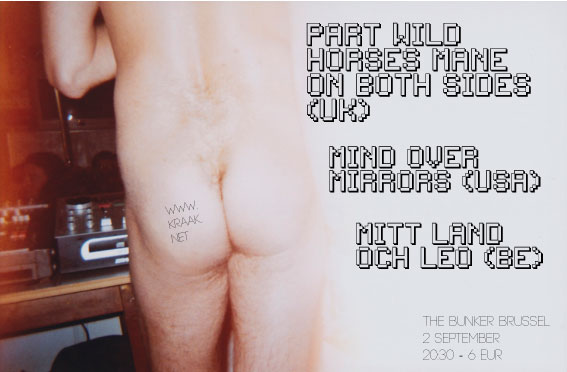